What is FSC Certification?

The Forest Stewardship Council (FSC) is an international, non-governmental and non-profit organisation established in 1993 to promote responsible management of forests and plantations. The FSC promotes responsible forest management, meaning:

The 1,100-plus members of the FSC include environmental and social groups, indigenous communities, forest owners, wood and paper processors and traders, retail groups, researchers and technicians.
Management is entrusted to the General Assembly of Members, a body divided into three chambers representing environmental, social and economic interests respectively. Voting power is divided equally between the three chambers, based on equilibrium between the interests of the countries around the world, to the north and south.

Good forest management is promoted through a voluntary, independent, third-party certification system that is valid worldwide, being specific to the forestry and wood products sectors in which the various players are involved.

The FSC certification is international, independent and issued by a third-party, specific to the forest and wood sector and to non-wood forest products.

There are two types of FSC certification. For forest owners and managers, there is the Forest Management certification to which verification of the impacts the management has on Ecosystem Services can be added. Then there is the Chain of Custody certification for companies processing and/or trading in forest products.

Cadorin has been part of the FSC Chain of Custody for many years, raising awareness amongst consumers regarding the need to opt for wood sourced from forests safeguarded by this organisation.

The FSC woods available are: 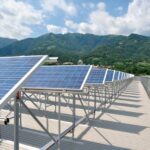 Ask for your
closest dealer HERE

Italian craftsmanship wooden plank flooring. Two and three layers engineered parquet flooring, eco friendly floors, wood cladding, custom projects.
FEELINGS TO TOUCH ... the warmth of wood plank is a feeling to live every day.
Currently Cadorin Group can count on a plant of 15.000 square meters, with advanced production lines, sophisticated manufacturing technology and skilled carpenters.
All the photos, logos, graphics, and content of this website are CADORIN GROUP SRL PROPERTY and protected under CADORIN GROUP SRL copyright. The total or partial UNAUTHORIZED REPRODUCTION OR USE OF THE ENTIRE CONTENT OF THIS WEBSITE IS PROHIBITED. ALL VIOLATIONS WILL BE PUNISHED TO THE FULLEST EXTENT OF THE LAW.